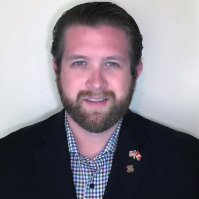 Matt Dula is a former Marine. In 2014, he received an honorable discharge from the USMC after a 5-year commitment as an infantry mortarman. When he returned home, Dula was taking 5 different prescription medications as a result of a tour in Afghanistan and an MEU in the Middle East. Not anymore.

Dula is currently the CEO of CVRN – the Cannabis Virtual Reality Network.

He replaced all 5 of those prescription drugs through the use of MMJ. Dula feels the US can save billions of dollars a year if we allowed Veterans to use MMJ in lieu of prescribed medications.

To better understand the marijuana space, Dula advises that you focus on two things to start:

1) If you follow the money, you can see why it’s slow going in getting marijuana off the Federal prohibited substance list. There are companies that have a vested interest in keeping it illegal for many years to come, or at least slow it down so they can play catch up and set themselves up to cash in by making private investments through private holding companies so they have the equity ownership in place once marijuana is taken off the list.

An example of this is Hawthorne Gardening Co, a subsidiary company of Scott’s Miracle Gro (NYSE: SMG). Scott’s has in fact shed its international businesses to focus on the MMJ space.

2) Marijuana contains over 400 medically beneficial phytochemicals, the most beneficial class known as phytocannabinoids. These mimic our own body’s endocannabinoids that our bodies produce naturally. We produce over 80 but that list is growing with more research.

When we introduce phytocannabinoids into our bodies, they seek out “holes” to fill where our bodies might be lacking in the endocannabinoid space.

“Of the phytocannabinoids currently being studied the one that’s best known and most researched is Tetrahydrocannabinol (THC). THC is a compound that carries sometimes less desirable psychoactive properties. However, there are more than 100 other cannabinoids that are less known like Cannabidiol (CBD), Cannabinol (CBN), and Cannabichromene (CBC). CBD, CBN, and CBC have all shown promise maintaining the mind and body while promoting everyday health and wellness without these aforementioned psychotropic effects.”

You can read more about these here, and here.