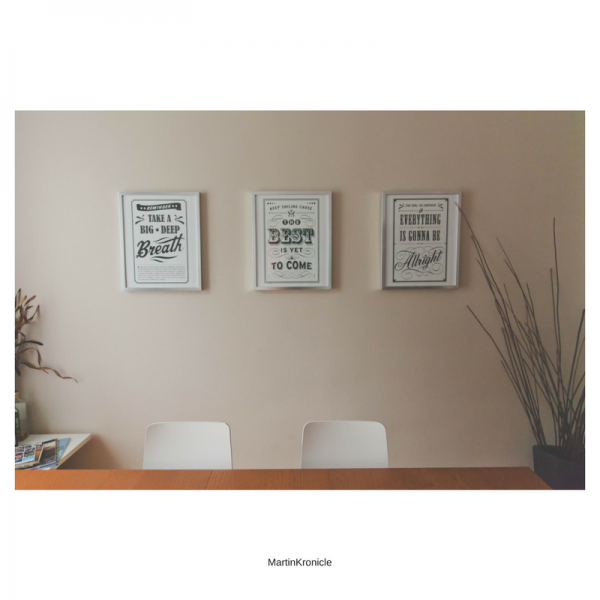 Frustration is the antithesis of confidence and euphoria. It can cripple you and distract you from your sense of persistence and determination.

[Unlike other teachers, I don’t put a negative connotation on euphoria – as long as you don’t abandon your trading rules, have at it.]

You can avoid frustration in the first place by “not” having expectations of the outcomes of anything (or any trades).

This is not the same thing as Expected Value, but an emotional expectation about the result of something you’re endeavoring – such as trading.

One sure-fire way to decrease frustration in your trading is to make sure that you’re protective stop is not placed inside the 20-day ATR of the instrument that you’re trading.

For example, say you’re trading an instrument that has a 20-day ATR of 15 points. If you’re long and the current market value is 535 and you’ve placed your stop at 530 because you have set 5 points as your max loss point, you are more than likely to get stopped given that you’re stop is well within the ATR. Many times, traders with smaller accounts do just this because they don’t want bigger losses. This is respectable and totally understandable.

In the above example, you can trade a smaller position and give your smaller position a greater latitude by placing your protective stop at 520 (535-15). You can test this strategy. You might find that you are not getting knocked out of as many such trades and, if you are trading in strong trends, take the risk home overnight and let the market forces, time, and leverage work for you.

In our coaching and teaching, we’ve found that traders disregard the daily vol of the instrument their trading as if it was going to change because the trader put a trade on. This leads us to believe that the feeling of frustration is going to be an integral part of a particular trader’s emotional system until they change their trading behavior.

We can’t change the nature of things. The instrument that you’re trading isn’t going to change how it behaves just because you’re in the trade. Chart readers put faith in patterns without knowing the expected values of the trades, but put the trades on anyway. In order to avoid the frustration that you get from having blind faith, you can always backtest your rules or stop trading pattern altogether.

Let the feeling of frustration become an “early warning system” for you to put a halt to whatever you’re doing, especially if it arises from your trading. Frustration can lead to “revenge trading” and most people who did so, didn’t want to burn through their trading capital because they were angry in retrospect. Most find this out too late.

Frustration stems from your behavior, not the instrument that you’re trading. If you’ve put faith or belief system in a chart pattern but you don’t know the expected value of the trade, you can eliminate the frustration by putting an “emotional stop” in place and not do the behavior in the first place. You can’t experience frustration from paper trading, but you can get a bumper crop of it from trying to day trade.

How to Deal with Frustration