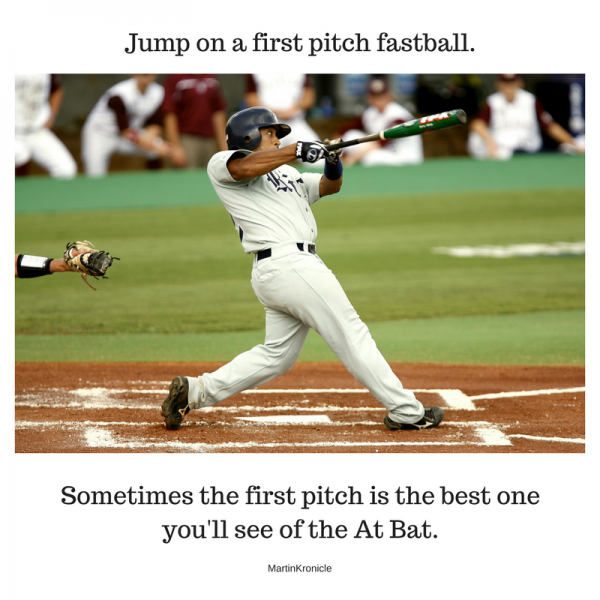 The hardest trade for many is exiting a winning trade. That’s true under normal situations. But once a security has gone parabolic, all the backtested rules go out the window as I show in this video. By that I mean you can’t wait for a new 10-day low to exit, nor wait for the 5 day MA to cross under the 20 day MA. You’ll give all the gains back…

You’ll need to know what to do BEFORE the market goes supersonic.

This is Part 2 of How to Express Risk. Here’s another way to add good risk to your portfolio by using intra-commodity spreads.

The financial impact of slippage is greatest on smaller accounts, largely because the dollar value is also larger in percentage terms.

It’s also killing the day traders who are trying to scalp for $200 / day and not doing it.

Not only are they not making the $200 / day, but those frequent losses are increased by 25% when you add in the slippage.

If the duration of the losing streak is several weeks, the trader could be down $2,000 on his trading P&L, but down $2,500 on his account.

The feeling of not wanting to stop the carnage and bull through it would be an excellent choice for an entry point during one’s Trading Tribe meeting. :)

Commodity Report for the Opening of markets on December 28, 2015

We are now in the final trading week of 2015. This year markets the fourth straight year of bear market conditions in raw material markets. Prices peaked in 2011 and 2012 and have been making lower highs and lower lows since.

Last week we saw some price recovery in energy and metal markets. It is likely that this action was position covering for year-end. We are likely to see the same for the final sessions of the year this week.

Divergences continue in precious metals. However, the silver-gold ratio moved lower and is now at the 74.6:1. The platinum-gold spread closed at $191– platinum under gold. The changes in the spread reflect the relative strength on a week-on-week basis in industrial metals over gold, which was a continuation of the prior week’s trend.

Precious metals have been in a bear market since 2011. I do not expect much from these markets in the coming week, we will have to wait until 2016 to see if they continue making lower highs and lower lows.

Energy – Crude oil closed the week at $38.10 per barrel, recovering slightly from the previous week’s new multiyear lows on the active month NYMEX February futures contract. Processing spreads continued to diverge with weakness in heating oil and moderate strength in gasoline for this time of year. Term structure in crude oil remains wide with contango on the February 2016 versus February 2017 spreads in WTI and Brent continuing to trade above the 20% level.

The Brent premium over NYMEX crude has disappeared and now Brent is trading at a discount to WTI on the February contract. The move lower reflects a decrease in the political premium of Middle Eastern crude oil which could come back to bite the market in the future. Crude oil fundamentals and technicals are bearish but the political premium on crude continues to decrease with the prospects for increasing Iranian sales and exports from the U.S.

Natural gas made new decade and a half lows on January futures when they traded down to lows of $1.684 two weeks ago. This past week, this combustible commodity recovered with a rally of more than 20% off the lows. Support now stands at the 1998/1999 lows of just over $1.60 per mmbtu. Natural gas closed on December 24 at just above the $2, albeit it with dramatically lower volume than the prior week. Inventories reported by the EIA fell by 32 bcf last week and there continues to be enough natural gas stockpiles to deal with whatever Mother Nature throws at the United States this winter, which will likely continue to add bearish fuel to the natural gas futures market.

Temperatures across the United States remain unseasonably warm for this time of the year, which is a bearish sign for demand for heating commodities, natural gas and heating oil. Natural gas open interest fell by around 13,000 contracts, which is likely a sign that shorts took profits during the deluge in prices and that traders are taking risk off the table for the end of the year. The contango narrowed over the past week with February futures trading at a 5.2 cent premium to January futures, 4.4 cents lower than last week reflecting the big price recovery that took place over the week.

Base Metals – We saw a continuation of mixed results in the performance of nonferrous metals on the LME. Over the past week, copper, aluminum, lead and zinc moved higher. Nickel and tin posted losses. The moves in all metals were marginal. On COMEX, the price of active month March copper futures rose in subdued trading closing at the $2.1215 per pound level on Christmas Eve.

Grains- Grains continue to be volatile. January soybean prices fell from the $8.92 per bushel level to around $8.75 while March corn was fell 10 cents to $3.645 per bushel. Wheat moved a lower on the week to settle just under $4.6725 per bushel, close to key support. All eyes will be on the progress of the South American crop and whether El Nino has any effect on these agricultural markets.

Soft Commodities – Trading was fairly quiet in the soft commodity sector last week. The FCOJ futures market rallied by just under 4 cents to the $1.48 per pound level. Sugar moved marginally lower over the week and closed at 15.06 cents per pound, resistance is at 15.85 cents. The March-May 2016 sugar spread, closed at a 39-point backwardation unchanged from the prior week. Cocoa futures moved lower in a continuation of end of year profit taking and position squaring closing the week at $3210 per ton down $42 on the week. Coffee moved marginally higher closing at $1.1970 per pound on December 24. Cotton did not change much on the week closing at 63.66 cents per pound on the active month March futures contract.

Animal Proteins – Meat markets diverged as cattle aggressively added to gains and hogs moved higher to a lesser extent on the active month February futures contracts. The long-term average of the live cattle versus lean hog spread has been around 1.4 pound of pork value in each pound of beef value. The spread in February is at the 2.33:1 level — the spread moved 0.11 higher from last week’s level.

The most interesting divergences in markets remain in the precious metals and energy sectors. Industrial precious metals continue to show weakness relative to gold on a historical basis. The XLE continues to be strong relative to the price of crude oil.

I would like to take this opportunity to wish you all a happy and healthy New Year and all the best for 2016. There will be plenty of opportunities for profits in 2016 in the commodity sector. Many of these opportunities will present themselves in the market structure or spreads within the commodities markets.