Is there a case to be made for relative value?

Selling energy at the beginning of April was a great trade.  However, where do we go from here?  Since prices don’t exist in a vacuum, I thought this would be a good time to take a look at how energy inputs have performed relative to energy outputs.

Think of Crude Oil, Natural Gas and Coal as the three major inputs used to produce energy in a consumable form. Their prices are heavily dependent on the demand and price of the products they can be converted into.  The spread (or margin) between the cost of inputs and the sales price of the outputs not only drives investment in these conversion capabilities, but also indicate supply versus demand.

Get this Report Delivered to your Inbox each week.

With all of the focus this past week on OPEC cuts, inventories and demand worries, let’s take a look at the price movements of the three major inputs.

The entire WTI crude oil curve has fallen more than 6.5%  since the beginning of April, 2017. 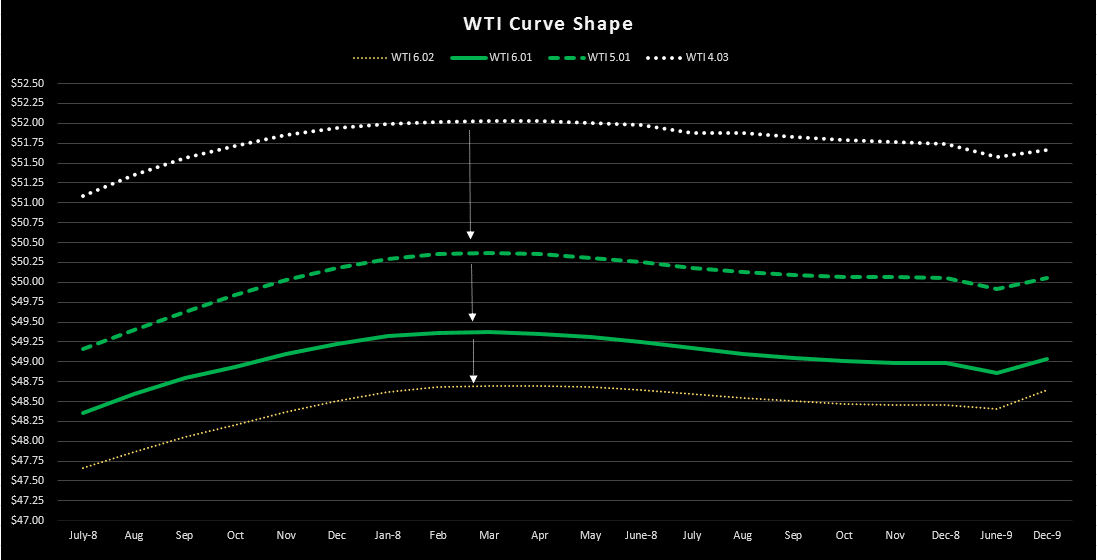 The front of the natural gas curve has fallen more than 8% since April. 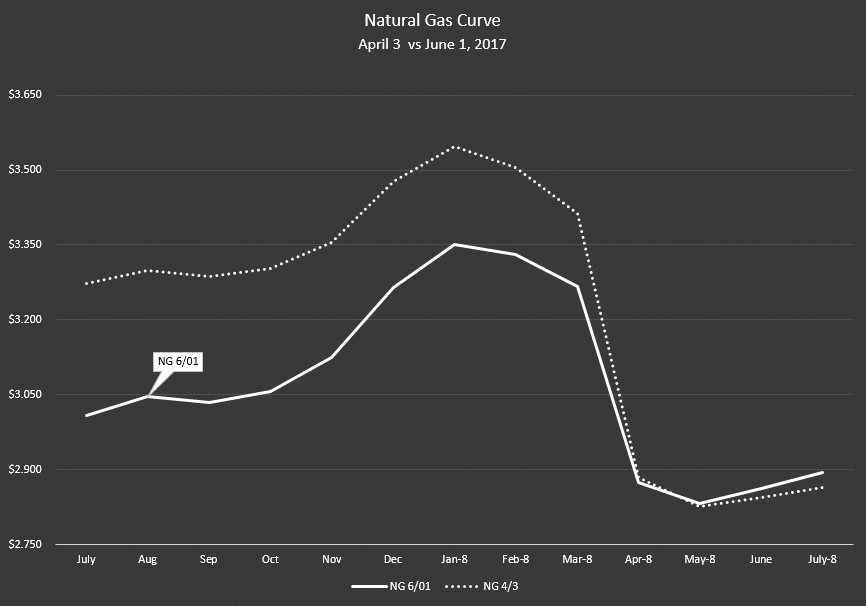 Meanwhile, CSX coal futures have increased over 6% since the beginning of May, 2017. 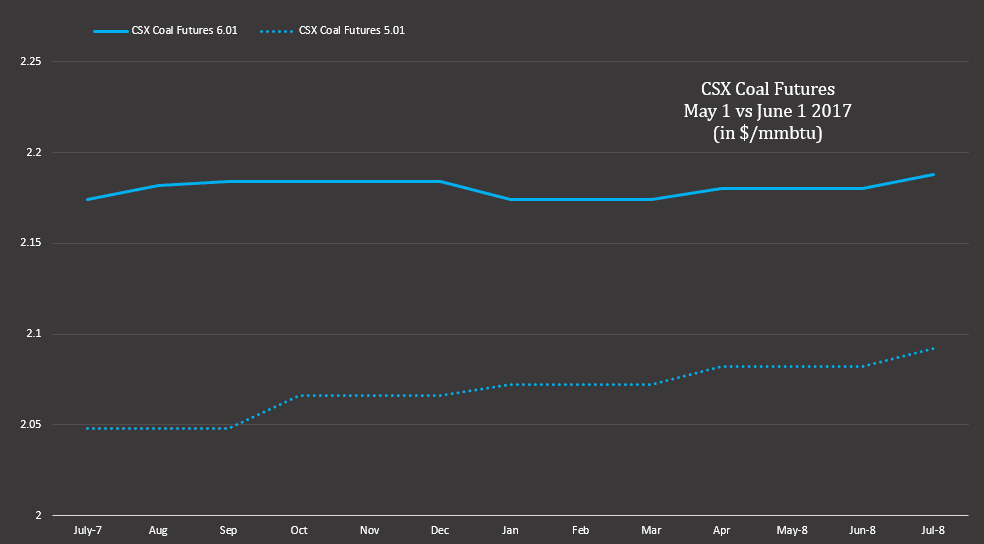 To get a feel for the relative value of energy inputs, it makes sense to see how consumable energy products have performed. 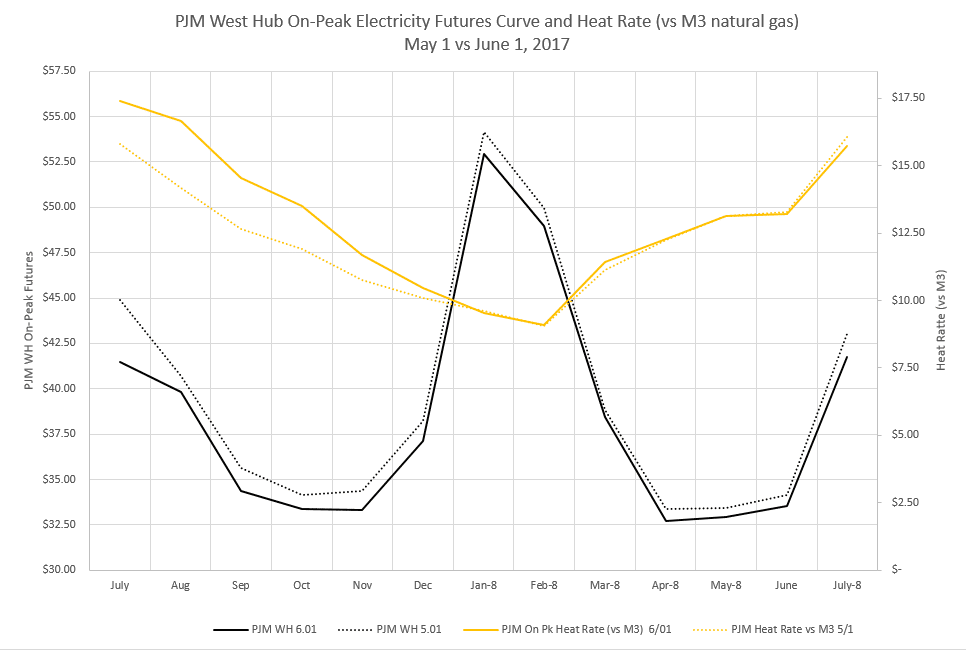 Another relative value product to look at is ethane.  While it is not normally thought of as an ‘output’ of natural gas liquids, it does take further processing to get it to market which differentiates it from raw production value.

For the past several years, ethane has routinely been ‘rejected’ into the natural gas stream since the outright price of ethane hasn’t been enough to cover processing costs.  From the chart below, you can see that ethane futures have not experienced nearly the drop that natural gas has this year (at least in the front of the curve). 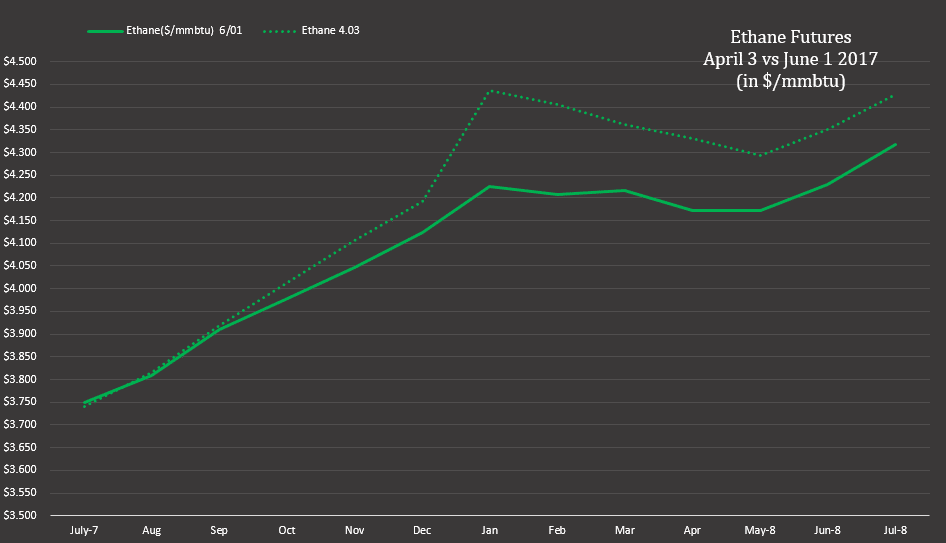 Another obvious consumable output is gasoline.  Gasoline futures have also fallen less than their underlying ‘input’ falling less than 6% compared to oil’s greater than 6.5% decline.

This relative value play can be seen in the rebound of the gasoline crack from its lows in May.  Meaning that while crude oil prices continued to decline, relative gasoline prices increased. 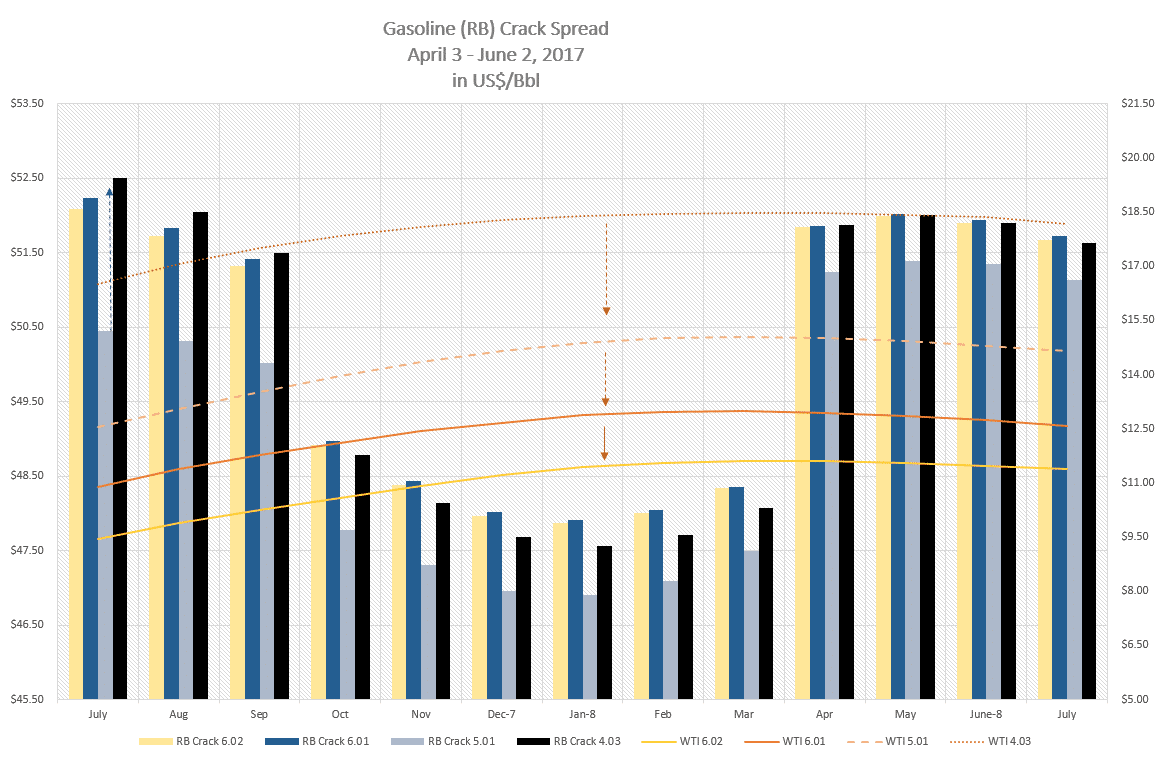 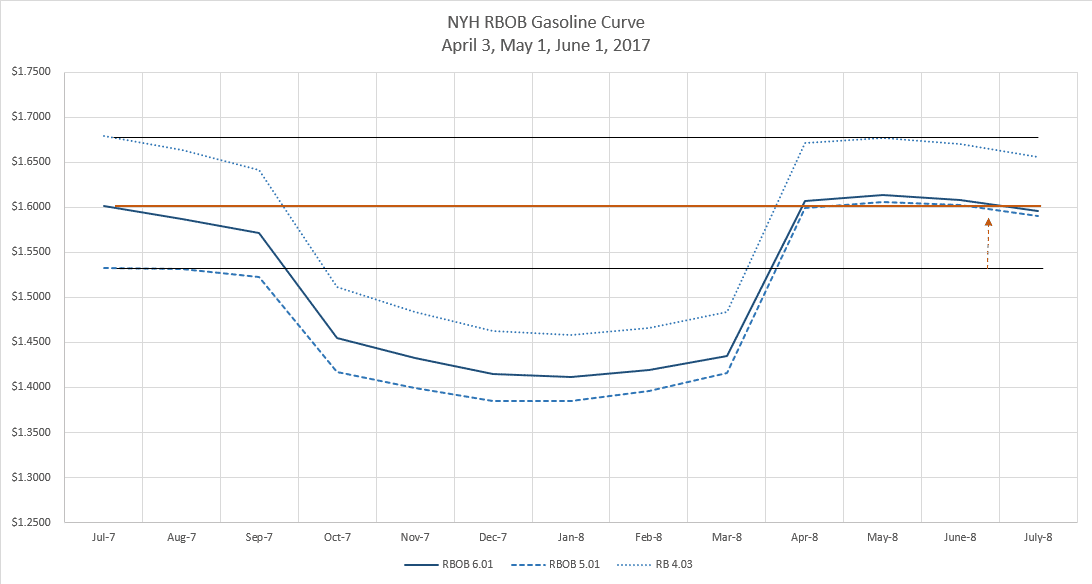 The same is true for ultra-low sulfur diesel (HO).  As oil prices continued to sell-off, distillate cracks actually started to rebound off their May 1 lows. 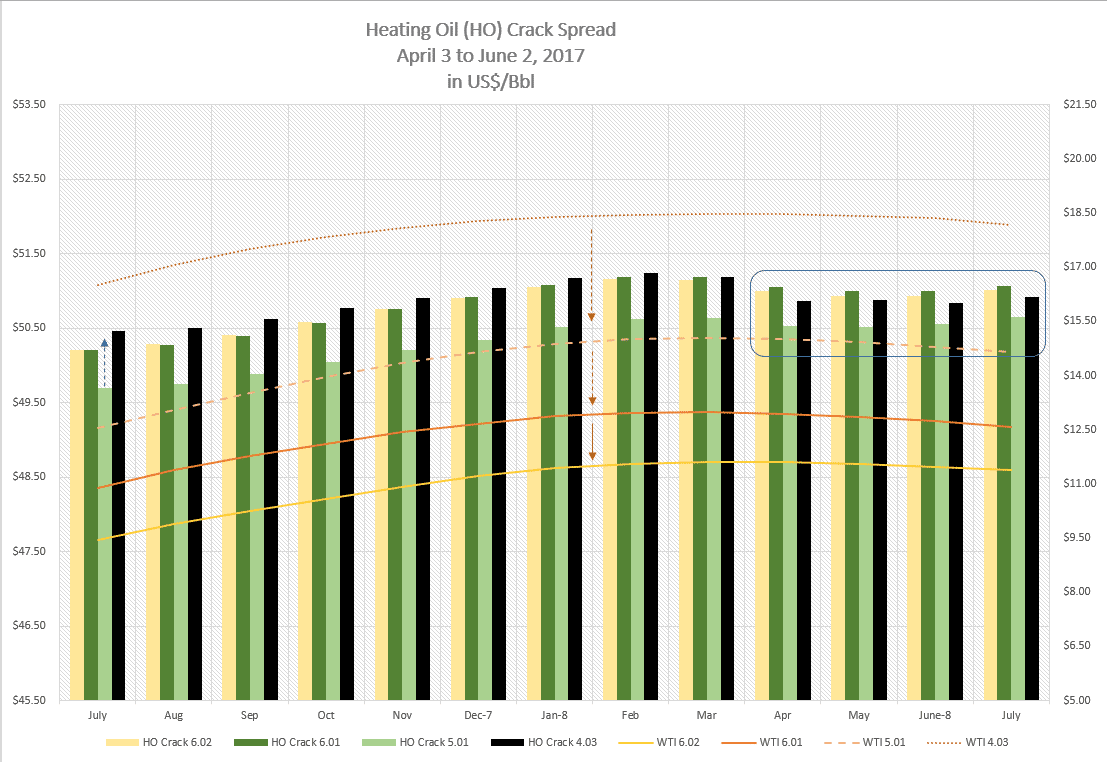 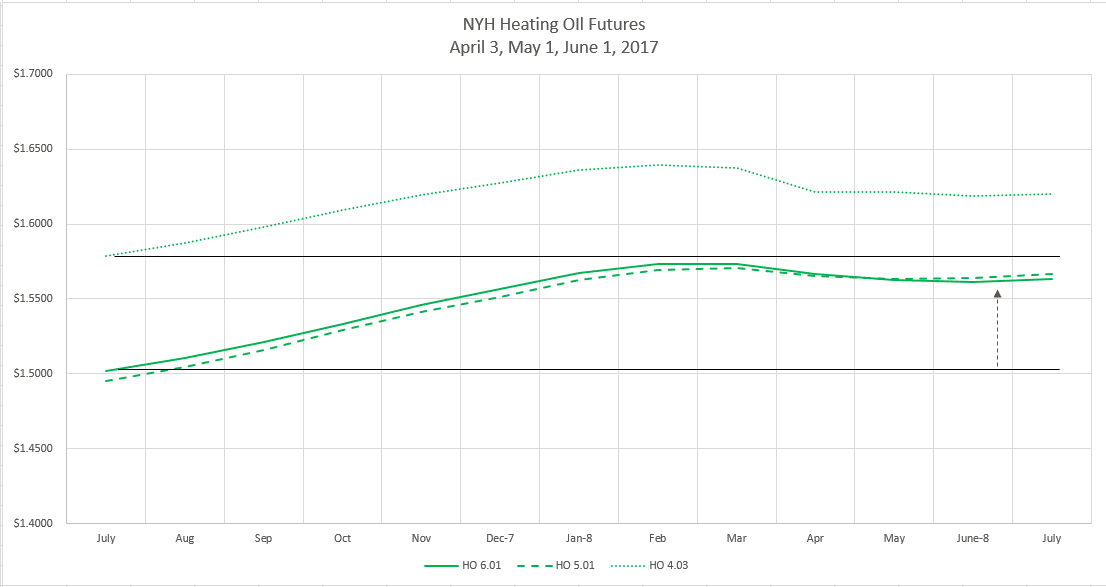 What does this mean?  Is this a signal?

Another place to spot relative value is in oil spreads.

Relative value of oil in one geographic area to another is similar to input/output economics in that differences in prices can impact the movement of production from one market to another.

Key relationships impacting these movements are US prices versus Europe and Asia.  In the past month, US prices (LLS oil in the gulf coast) through the end of the year have gained value with respect to prices in Europe (Brent), yet European prices have lost value relative to Asia (Dubai).  This is not good for US exports. 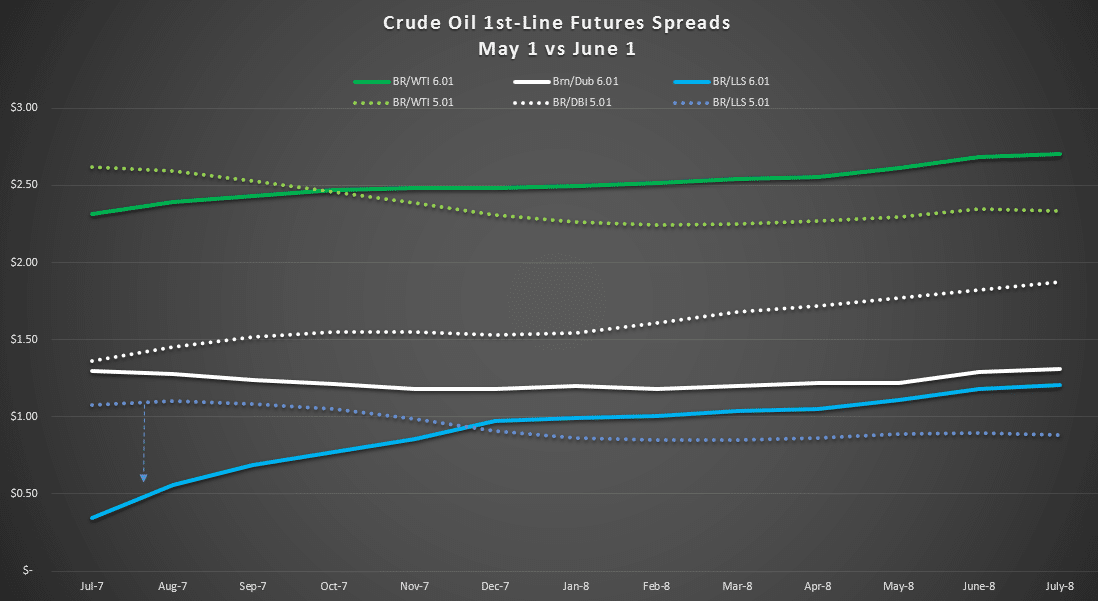 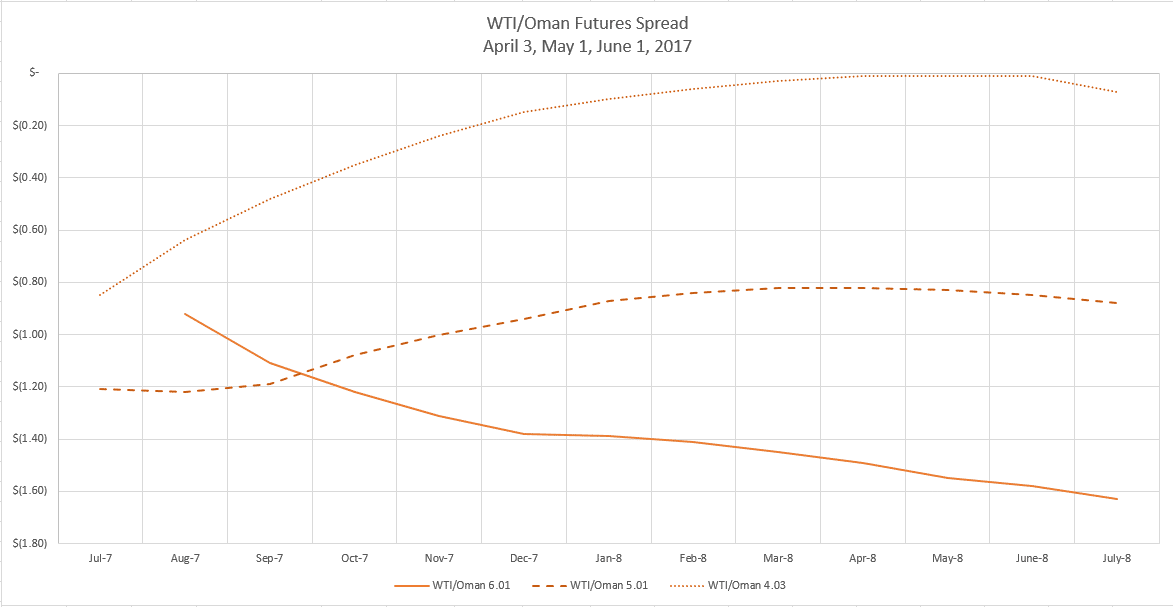 This points to where the market pins their demand hopes.  As long as global oil demand increases, production to meet that demand can come from anywhere as long as the economics support moving oil from one market to another.

This brings us to the weekly inventory changes. 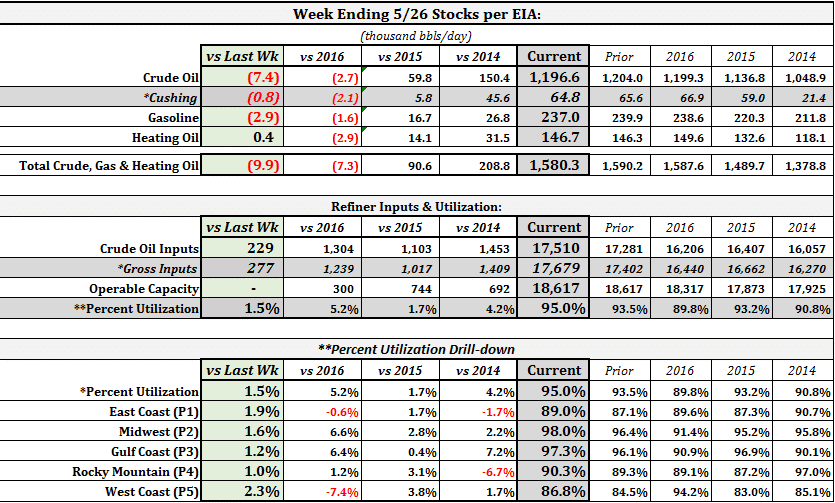 The most important part of this week’s inventory draw is seen in the cumulative change in this “summer” totals versus prior years: 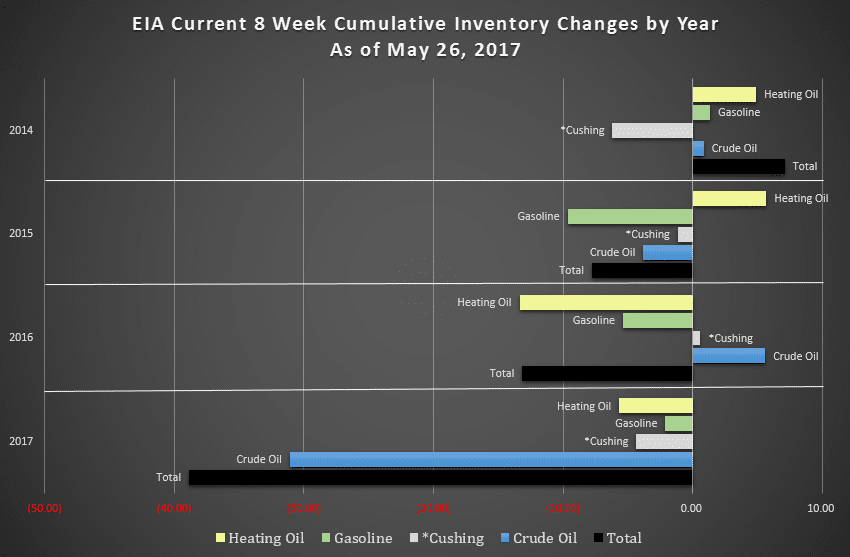 The rate of crude oil stock draw-downs this year relative to the last 3 years is certainly impressive, especially considering that oil inventories posted a net build during this same period in 2016 and 2014.

One contributing factor to this draw-down is the growth in US oil exports: 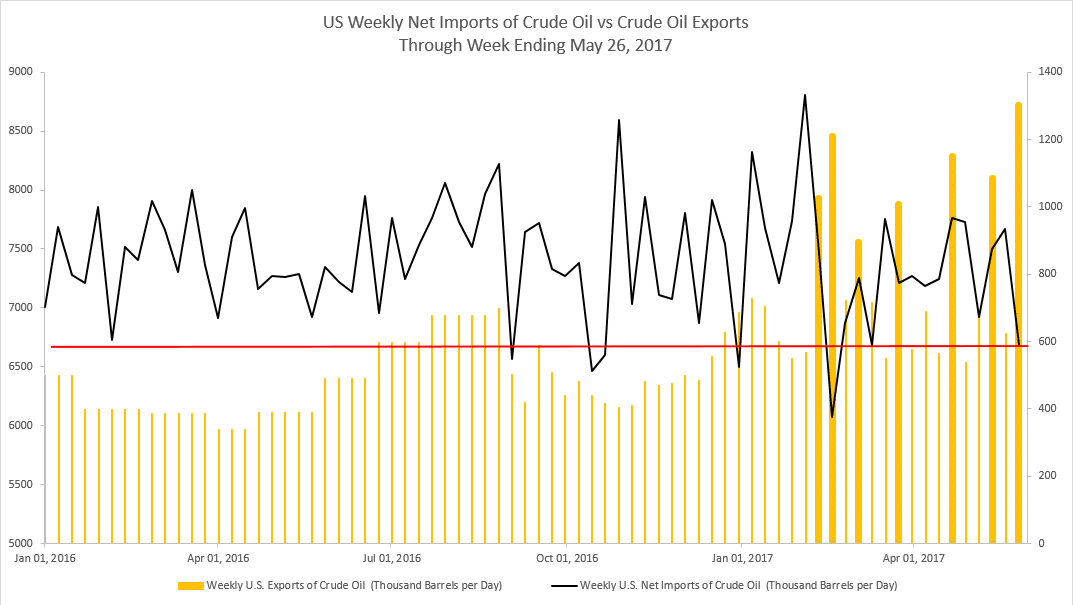 The chart above definitely highlights what could be considered a ‘trend’ of increasing exports and decreasing net imports.  But, it also highlights the fleeting nature of this dynamic from week-to-week.  However, it’s a positive sign to see these export volumes continue to make new highs. 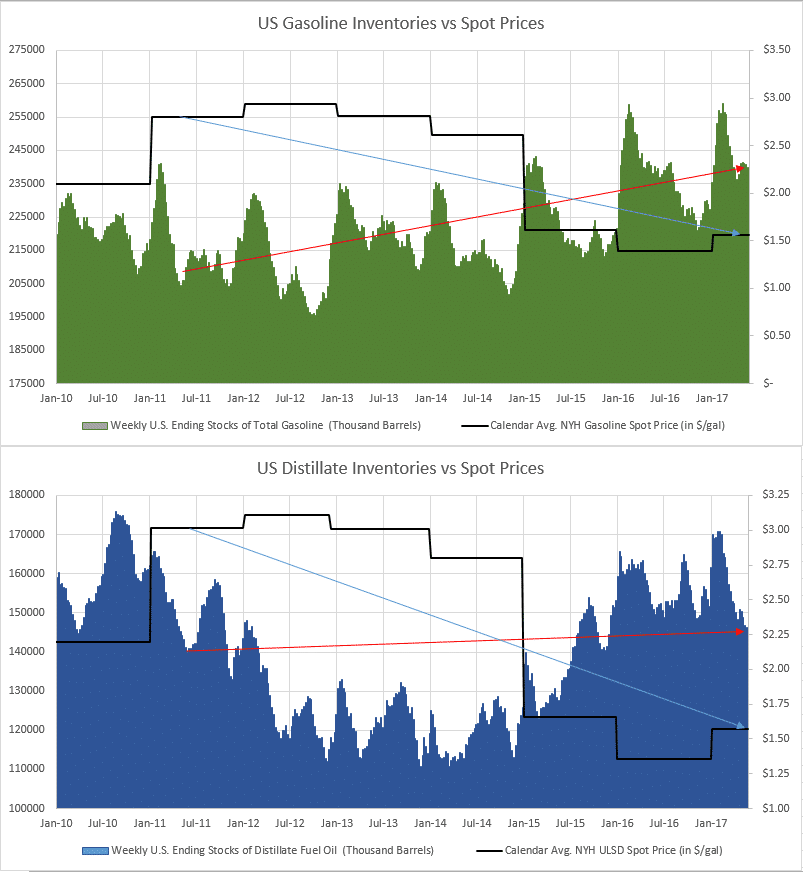 With all the focus on gasoline inventory and prices, might it be time to take a look at heating oil prices? Spot prices are half what they were at these same inventory levels 5 years ago.

From a relative-value perspective, there is a lot to think about.

Get this Report Delivered to your Inbox each week.

Global Oil Spreads Are the Key to Balancing US Oil Inventories

Is a Rotation Out of Oil Into Equities Underway?